Where it all began...

Wexiödisk was founded in 1972 in Växjö, Sweden, by Roland Carlsson, Göte Ericsson and Lennart Johansson. All three founders had experience from the production of catering equipment.

From the very beginning, the company has been characterised by a strong entrepreneurial spirit, a great commitment and drive from both employees and management, and an ambition to offer world-class dishwasher solutions.

In 1999, the Metos Group acquired all the shares in Wexiödisk and parts of the Group's dishwasher production were moved to Växjö.

In 2004, the entire Metos Group, including Wexiödisk, was acquired by Ali Group, and we became part of one of the world's largest groups of catering equipment.

Since 1974, we have been in the Norremark industrial area, where over the years, we have expanded into even larger premises as the company has grown. 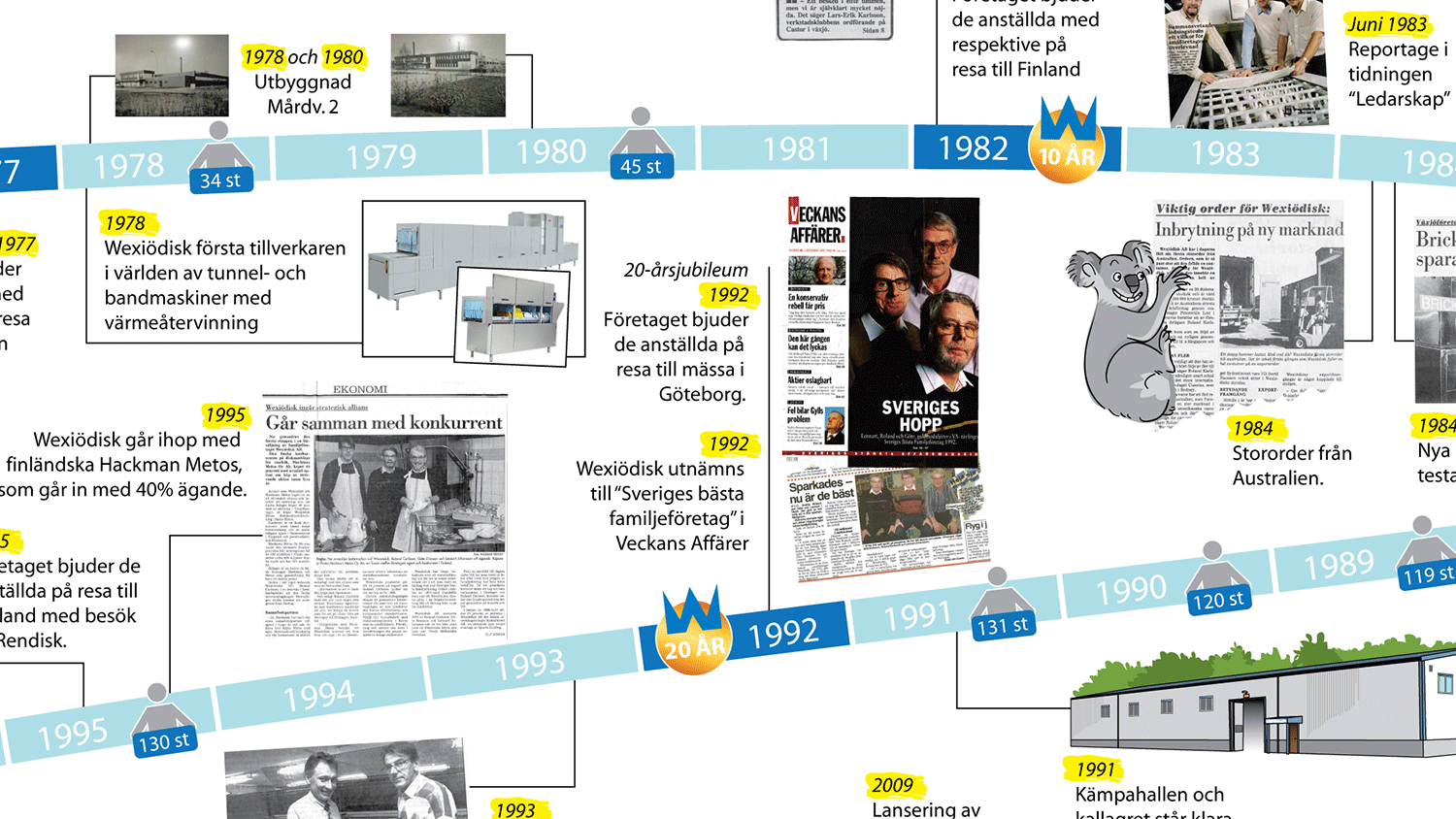