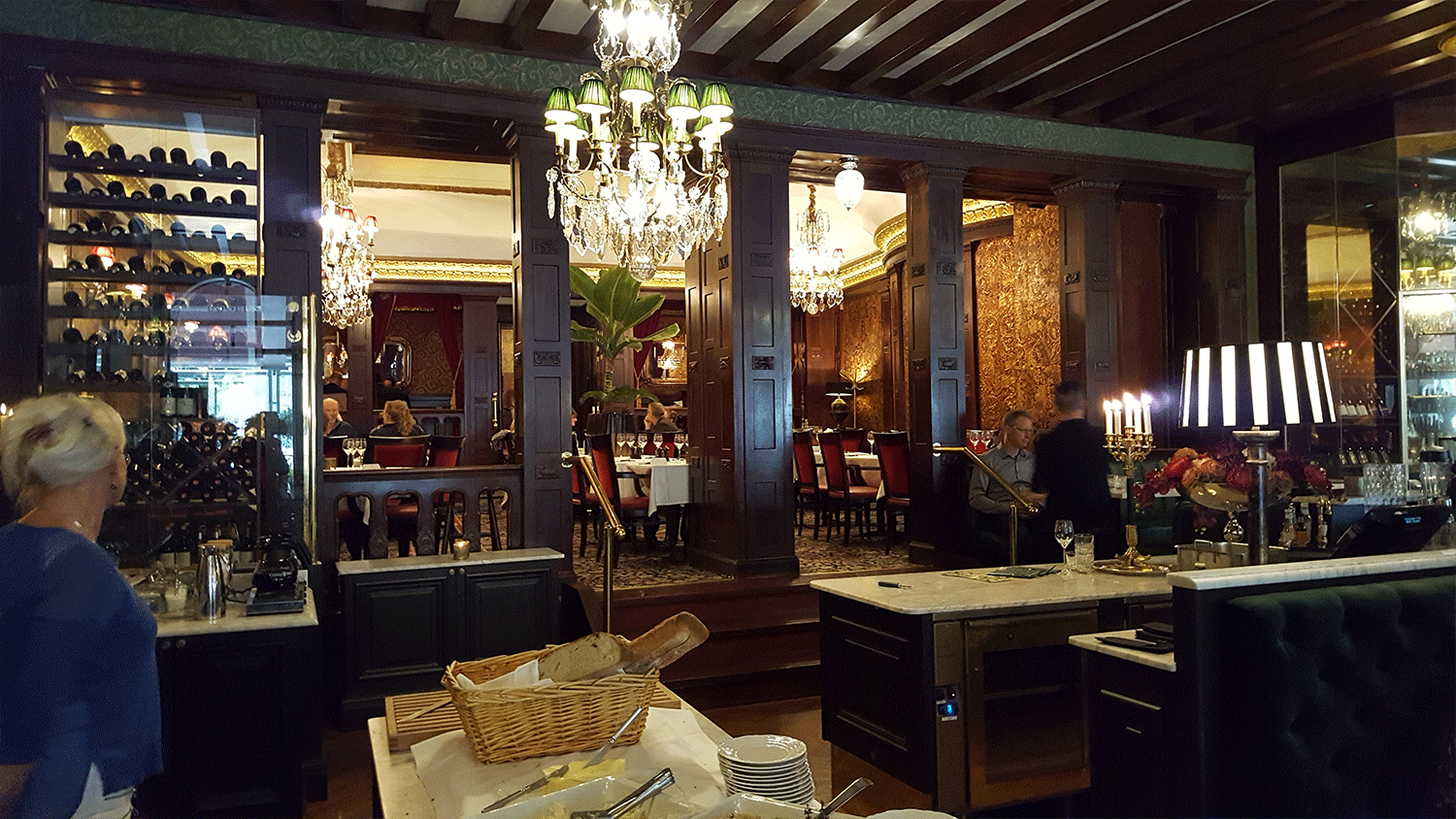 Pierre Elofsson is the name of the chef who has raised the bar in the kitchen at Hotel Eggers in Gothenburg. Starting out as a junior chef working for hoteliers Lars-Olof Oskarsson and Anna Riis, followed by stints at Aquavit in New York, restaurants in Brazil and no less than nine years in the restaurant business in Moscow, he has now come full circle. The position of head chef was offered to Pierre one year ago, by the new owners of the venerable Hotel Eggers in Gothenburg, the very same Lars-Olof and Anna.

“I didn’t hesitate for a second. I wanted to move home to Sweden and Gothenburg again, and after having worked with Lars-Olof and Anna previously, it wasn’t a difficult decision. Lars-Olof is a dignified, dedicated but very humble entrepreneur, and that suits me perfectly.”

THE DISHWASHING ROOM – the heart of the kitchen

The kitchen has just been remodelled and, you could say, optimised. This relatively small space houses not only a well-equipped kitchen, but also a dishwashing room with a rack conveyor dishwasher with pre-rinsing, a glassware dishwasher and, best of all, a WD-90 DUO combi dishwasher. The latter machine fulfils a great need.

“We wash pots, pans and containers and other large items with granules, but can easily switch the machine to normal washing when we have a lot of plates to take care of. It runs continuously during breakfast, lunch and dinner,” says Pierre, his broad Gothenburg accent shining through. “What’s more, we haven’t employed a dishwasher. There are four of us working in the kitchen and with good planning we can quite easily take care of the task ourselves.”

There’s no longer any need to soak pots and pans. The granules quite simply remove any food residue, saving a great deal of time. The ECO-FLOW heat recovery system provides a better climate in the kitchen and, in addition to this, the machine’s spin cycle technology saves copious amounts of water.
There’s no mistaking Pierre’s dedication in the kitchen.

“Being involved in the design process avoids small irritations in the kitchen, which is important in such a stressful business. It should be fun to turn up for work and the staff are pleased with the hotel renovation.”

Hotel Eggers serves lovingly prepared bistro cuisine, along the lines of Pierre’s honest, straightforward philosophy, and combined with the exquisite surroundings the resulting experience is a real treat. The hotel is one of Sweden’s three oldest and the meticulous renovation of the formerly run-down premises continues. 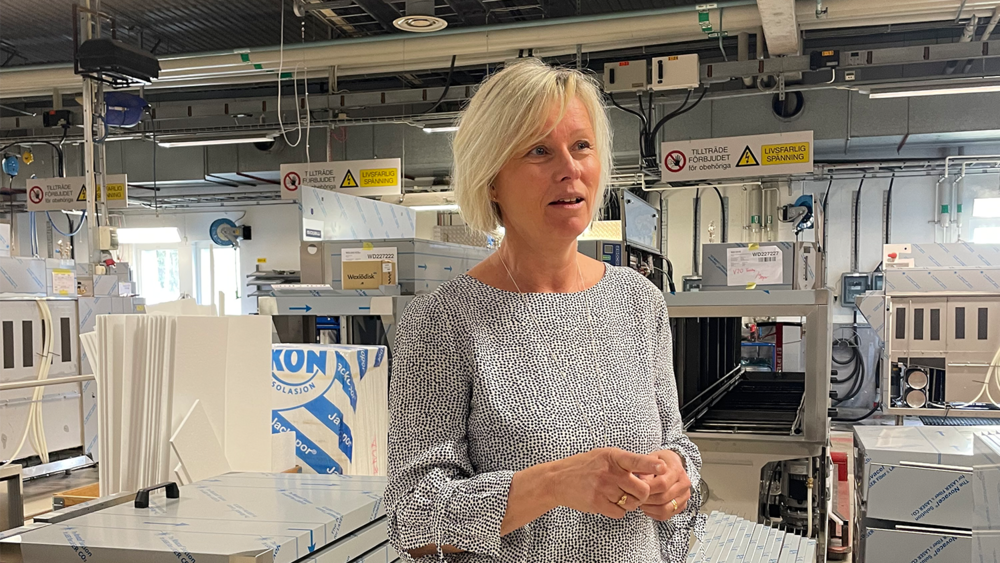 "As CFO, you are involved in most things - sooner or later everything ends up via the accounting!"   Veronica Ärnflykt is the name of Wexiödisk's new CFO. She most recently... 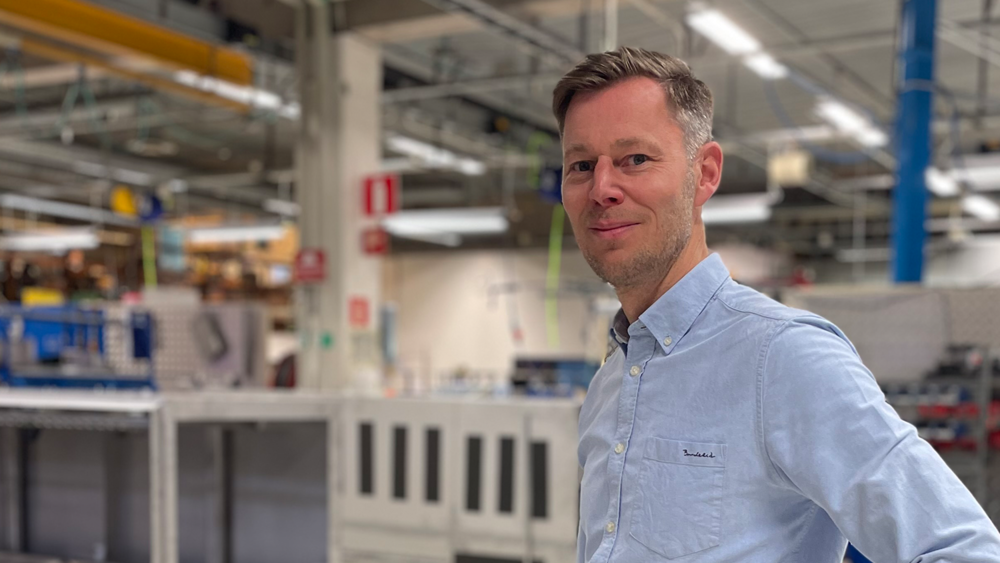 Hello and welcome Johan!   Some months ago, Johan Engström started working as the new purchasing manager at Wexiödisk after Dan Bergström who chose to retire after al... 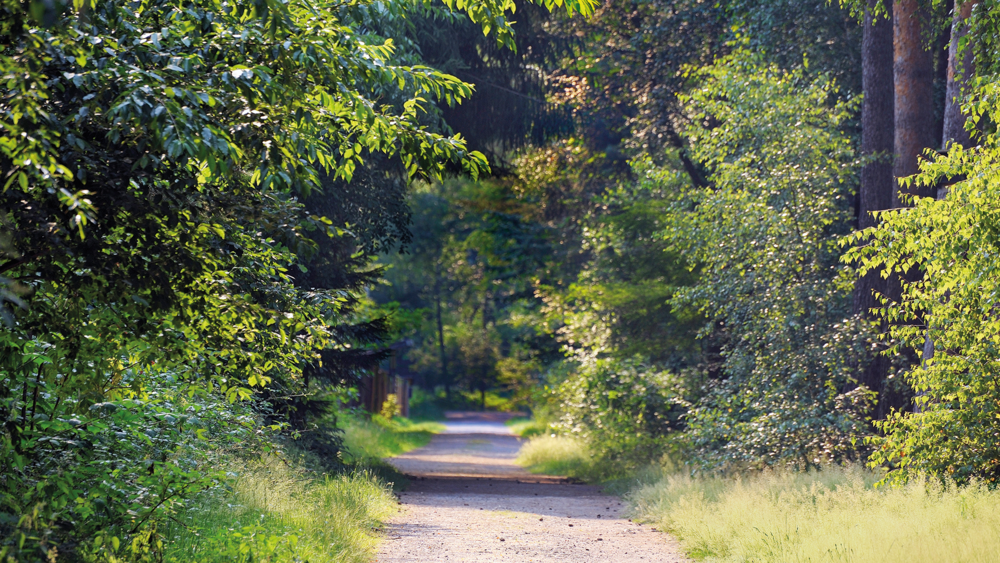 The following dates we will be closed or have lower staffing   On Friday, May 6th, we celebrate our 50th anniversary by taking a staff trip. This means that no deliverie...