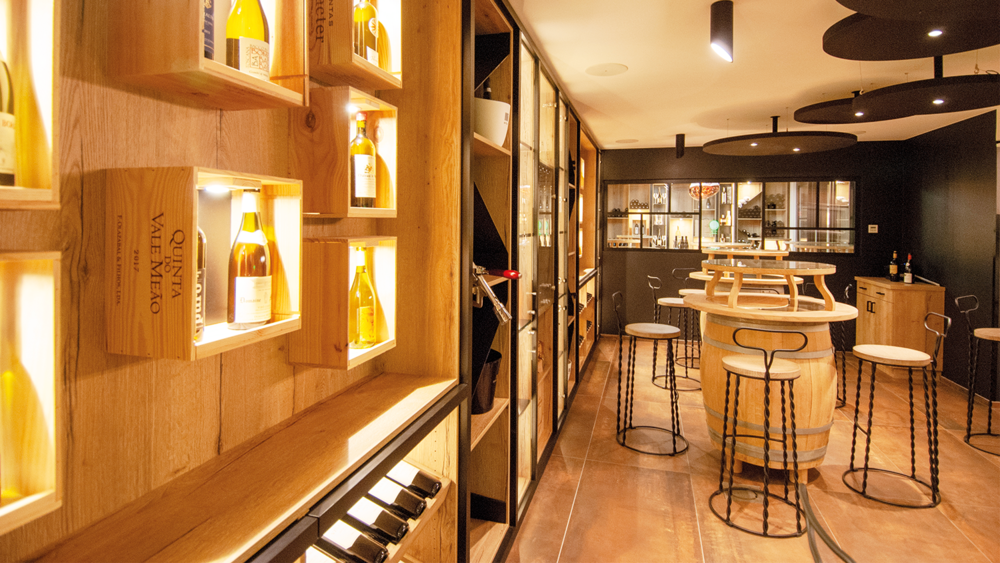 RHIMA in Netherlands have been a partner of ours for many years and are known for their high quality kitchen installations and for building good relations with their customers. Stephane Danze is one of them, who has now opened his second restaurant in Belgium, and of course with the same supplier of dishwashing equipment!

It must have been back in 2016 when Stephane Danze set up a brand new brasserie called La Bonne Fourchette in the Belgian town of Braives. At this restaurant; there was no question that everything had to be in order, from the interior to the smallest corner of the kitchen, and of course also the dishwashing area!

Stephane came into contact with Wexiödisk's dealer, RHIMA, through the project manager, who was responsible for designing the kitchen. Stephane opted for an efficient setup with a PRM-6 prewasher and pass-through dishwasher WD-6. And that in a very small area. These machines have been in good service for more than 5 years now, and will certainly do so for many years to come.

Just before the world was confronted with Covid19, Stephane was brooding on new plans. This restaurant would be brand new, just a little further in to the village of Villers-le-Bouillet. No expense was spared here, especially- with its  beautiful architecture matched by its equally eloquent name, La rue du Chateau d'Eau. 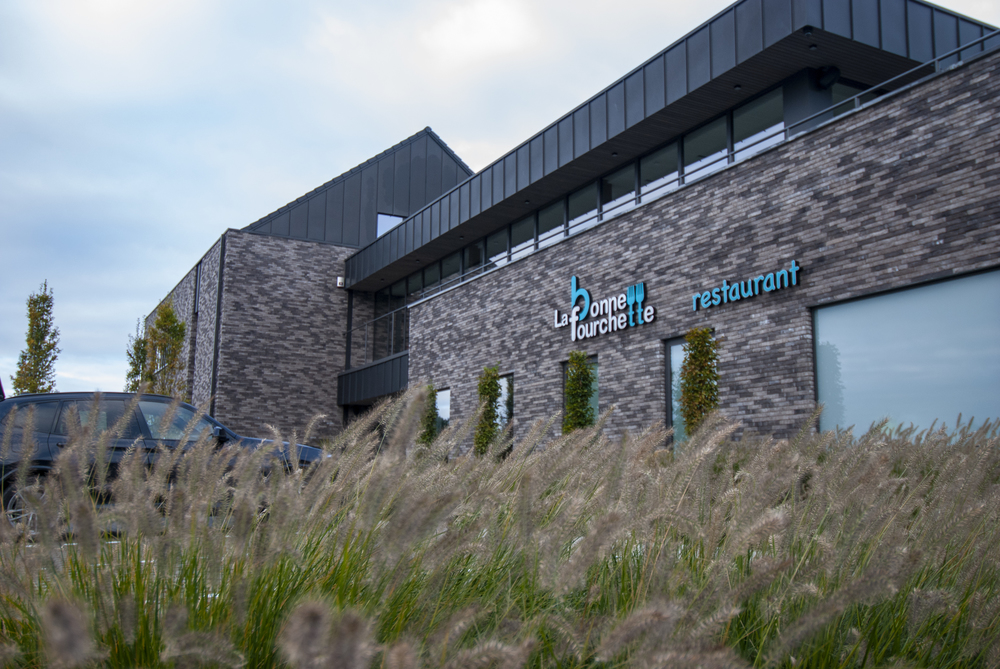 The modern building has been designed with respect for natural elements; lots of light, wood and other precious metals adorn the interior. As soon as you enter the car park, you will be welcomed with music. The large sliding doors greet you with a wide welcome. The bar immediately catches your eye, lots of beautiful stainless steel, coolers, a large amount of taps from which the best beers are tapped and a cellar full of fine wines.

Since Stephane had a good experience with his dishwashing equipment for his first restaurant, he also opted for Wexiödisk / RHIMA equipment for La Bonne Fouchette's second branch. To clean the glassware, a WD-4 glass dishwasher with reverse osmosis installation RO 100 was placed under the bar. Together, these machines now allow sparkling glasses to be put on the table. 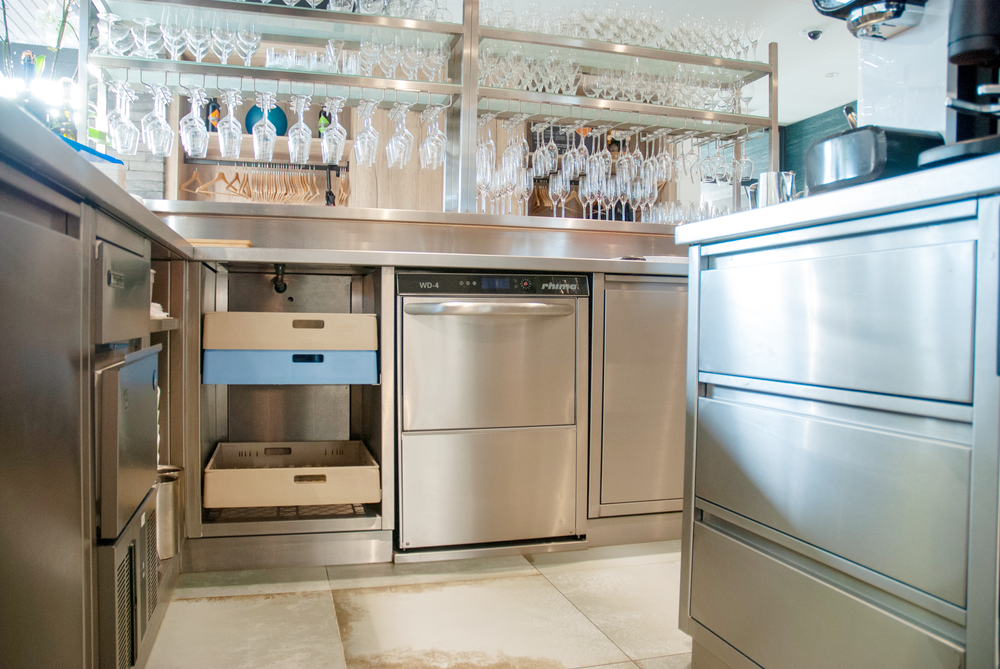 A rack conveyor and a potwasher for the wash-up area

Next to the large kitchen is a separate dishwashing area for cleaning the crockery. This features a rack conveyor dishwasher WD-234 connected to a roller table was installed. A potwasher WD-8 can be found on the opposite side of the rack conveyor for washing the pans, pots and cooking utensils. 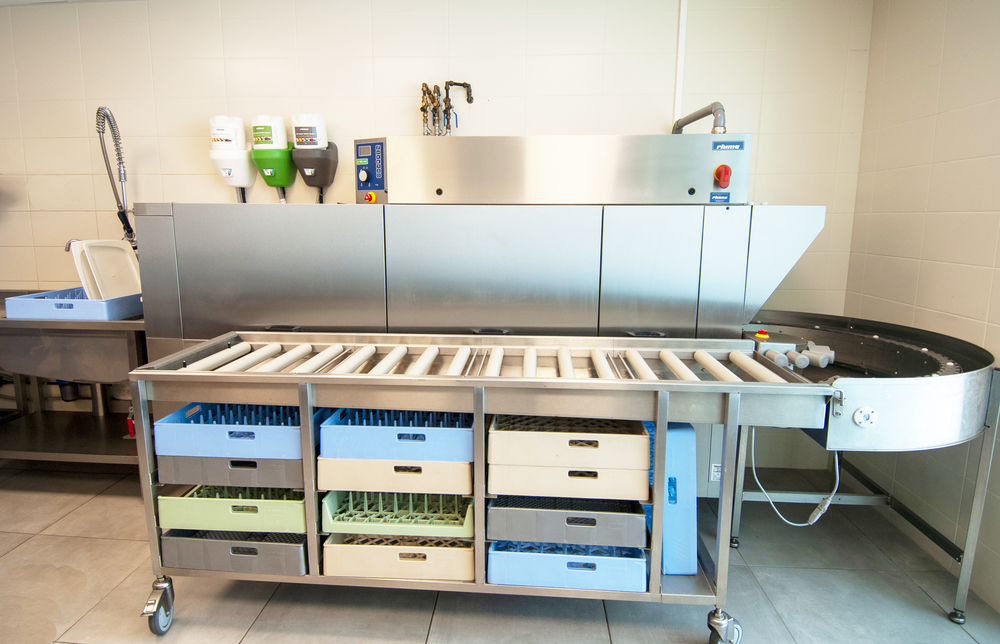 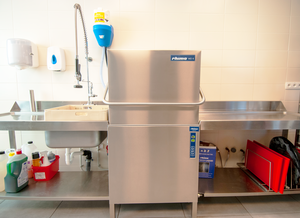 Both machines are operated on a normal evening by just 1 member of dishwashing staff. Stephane Danze is very pleased with his range of RHIMA dishwashing equipment in both of his restaurants.

If you are in the area,

La Bonne Fourchette is definitely a must!

For more information about the installation contact our dealer Rhima, Netherlands 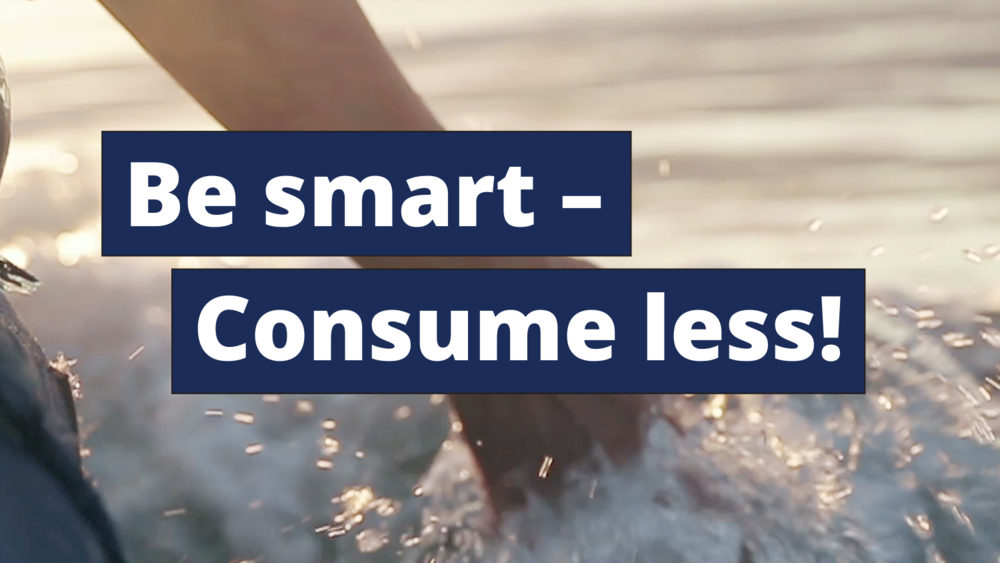 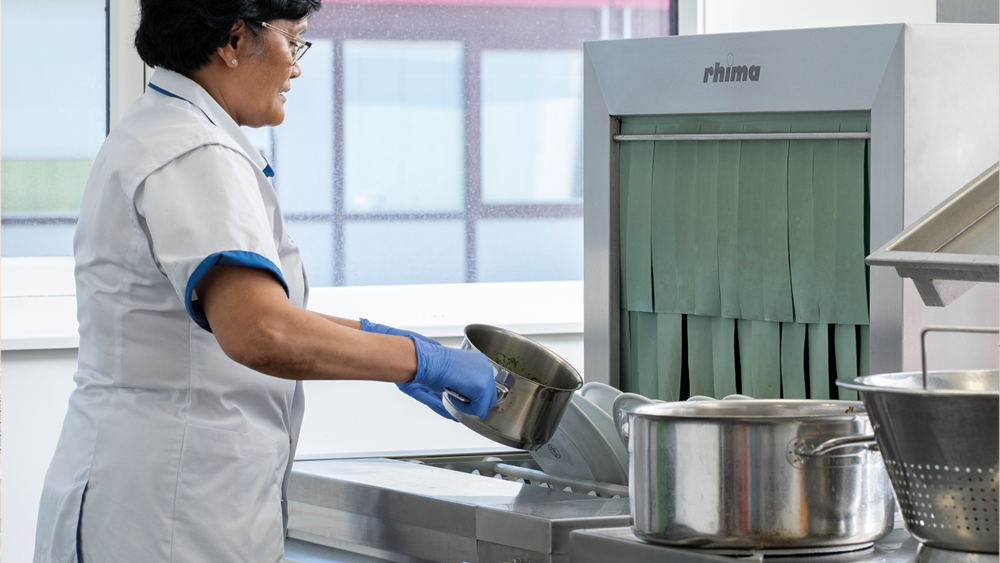 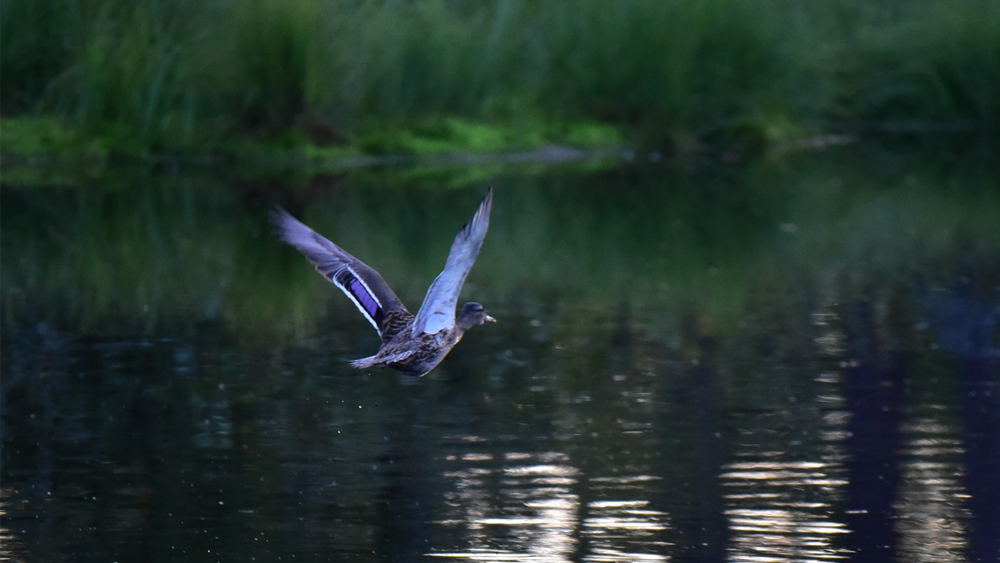